Greg and I went to a Memorial Service for an extended family member in Chantilly, VA last weekend.  We took the opportunity to renew our National Park membership and visit Civil War battlefields in the area.  We scheduled our rambling to where we wanted to visit.

We went to Antietam, Manassas (Bull Run), and Cedar Creek (a new one to us).  Greg found a Civil War guide book at Antietam and you can stamp each park as you visit.  Our goal is to fill the book.  Gregs great, great grandparents are buried at Cades Cove.  We got home and he started researching that family line and has gotten back 7 greats to a father and son that served in the Revolutionary War.  Also, several greats back they owned 1000 acres on Cedar Creek in VA.

The we went to Pigeon Forge, Gatlinburg, and Cades Cove.  I know the fires last fall were horrific and did tons of damage.  But driving through the towns ~ on the main streets, we didn't see anything.  So the reports of mainstreet Pigeon Forge and Gatlinburg being 90% gone were untrue (I don't think they could have rebuilt that quick).  Pigeon Forge has become "Kississimee like", very crowded and wall to wall touristy stores.  Gatlinburg is still the walk thru town with the quaint shops....at least the main street.  I much prefer Gatlinburg.  It was raining, so we didn't get out and walk around.  Maybe next time.

We both love Cades Cove.  Very quiet, beautiful, and peaceful. We got behind some extremely slow drivers.  Turkeys and deer were their photographic obsession and even though the signs ask you to pull over, they stopped in the middle of the road and blocked all traffic.  We hit another jam and Greg's comment was "if they ever spot a bear, they will lose their minds".  I couldn't see anything of interest but there were lots of folks out of their cars with cameras.  I asked a guy what they were looking at and he said a bear.  So Greg pulled over and I jumped out of the car with the camera.  Yes, people were losing their minds.  It was great to get pictures~one is good as he dashed between cars crossing the road~no chance of a car hitting him because they weren't moving.  But the clear crossing the road picture is of his hind end as he ran between cars. 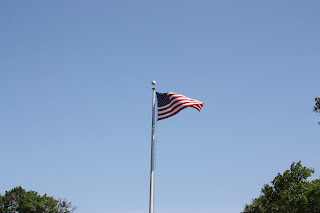 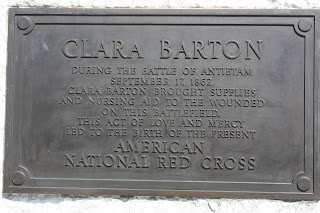 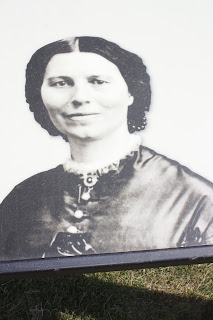 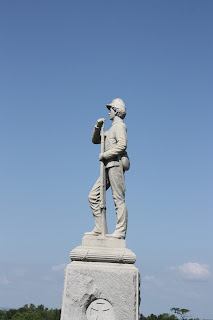 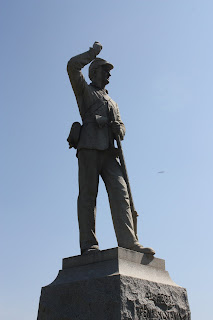 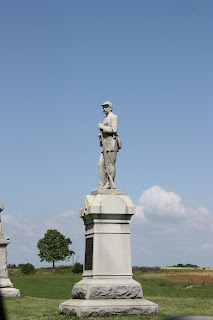 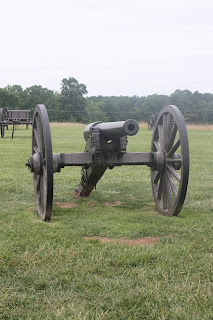 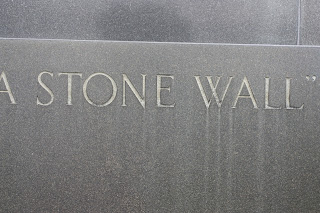 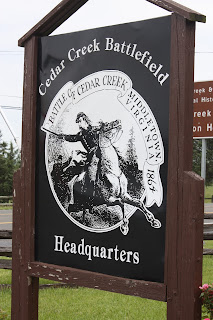 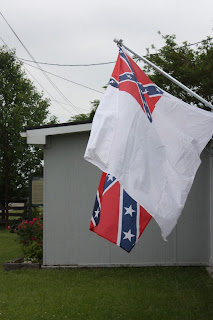 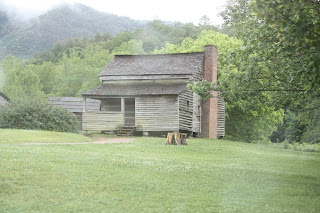 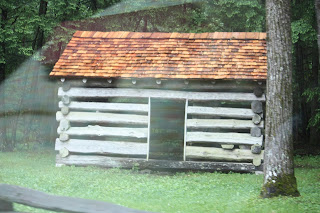 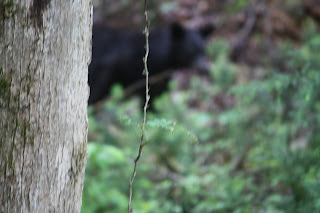 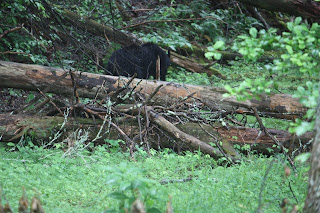 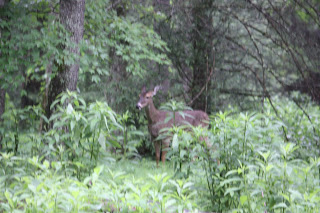 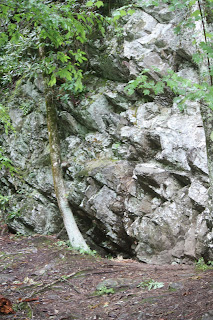 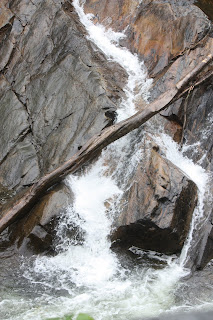 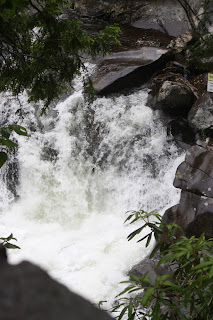 time away
a husband with a love of history
nature
seeing deer, turkeys and a bear
cool day
picnics in the car
visiting with family
a love of history instilled by my daddy (I didn't appreciate it when I was younger)
apple fritters at the Apple Barn in Pigeon Forge

And here is my politically incorrect rant of the day ~ The demand/trend/trantrum about removing historical statues is STUPID.  This is the history of our country, folks.  Removing a statue of Robert E Lee in New Orleans is dumb and quite frankly disprectful.  You can not change history by removing statues or rewriting history books.  Also, the Civil War or as daddy called it The War of Northern Aggression was not started because of slavery but it became Lincolns goal after several years.  KNOW your history ~ read history books written before 1950.  Yes, slavery was wrong, very wrong ~ but it happened.  If slaves are in your family lineage, be proud of them.  They were a tough, strong people to have come out of that evil and have families and live productive lives.  They are to be admired, not ashamed of.  End of rant.....for now!

The wedding preparation is moving right along ~~~ Amy's dress for the ceremony and her going away dress + all under garments are bought, the bridesmaids dresses are purchased (thanks to Amazon), flower girl dresses are found and bought (thanks to Tammy, Amazon and Zulilly), flowers are purchased and Austins mom Tammy is doing all the bouquets, boutineers and centerpieces (thanks to her offereing), the little boys have their bowties and suspenders (thanks to Wish), and all the jeans and white shirts (thanks to a consignment sale).  Amy has gotten her bridemaids gifts in order and goodies for her 2 flower girls.  We have a menu and a plan for the reception/party/whatever you want to call it.

I've got the muslin and burlap to make the table cloths and table runners.

Showers are being planned.

Honeymoon reservations are made.

I am trying not to panic as the day inches closer!

Don't remember if I have posted any of the engagement pictures we took in April but here are 4 of the 100+ I took. 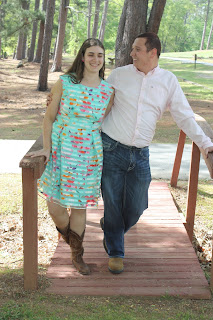 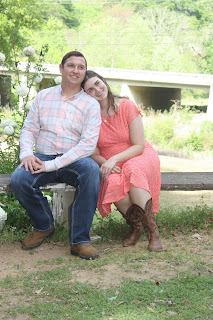 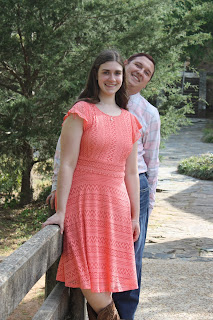 Thankful for ~
watching their love grow
seeing their respect for each other
their cooperation with all the pictures
fun time with good friends
Tammy's offer for flowers!
a yummy catered dinner
7 months down & 5 months to go

We love using essential oils! To see how they could enhance your life ~ please visit my online store ~ http://mydoterra.com/jacksonsessentialoils